This Spicy Tuna melt and naan bread come together beautifully in this recipe I’ve made for you guys! This is the quickest and easiest pizza I have made thus far. I may even go as far as calling it the best pizza I’ve made. Although I enjoy naan bread occasionally, it’s nice to know that there are other unique ways to enjoy it. 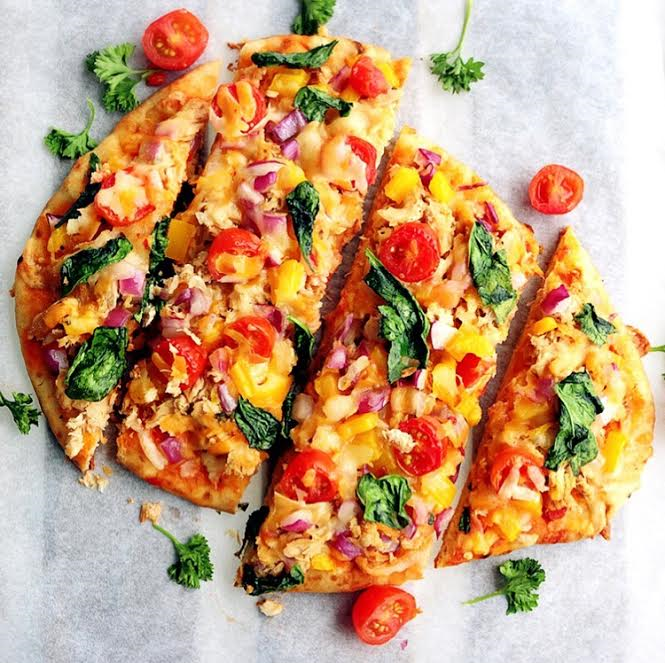 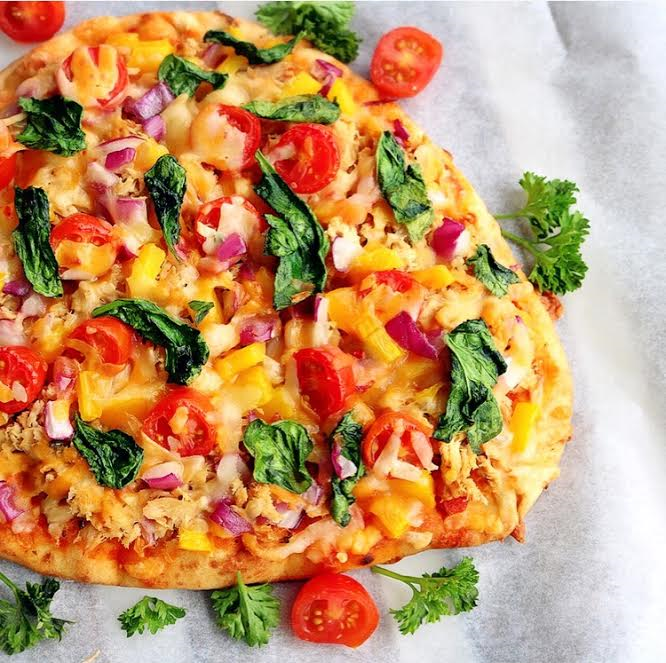 Then, there’s the tuna melt. I love tuna melts, actually I love tuna in general. But how cool is it to put tuna melt on pizza? I’d say it was a huge yummy success, but its up to you guys to try it out and let me know your thoughts!

1. Preheat oven to 400°F and line a baking sheet with parchment paper.

4. Place naan in the oven and bake for about 5-7 minutes or until the cheese is melted and the edges form a brown crust.